Not sure where I am from (military bases were my first home), but I went to Halifax West High, Dalhousie, McGill, and the University of London.

My research interest is primarily British imperial history, focusing on Egypt as an example of colonialism, anti-colonial nationalism, and revolution. I have written two books on the subject. My recent research involves the translation of the diaries of a prominent Egyptian nationalist and I have produced several working papers on the subject presented in London and Washington; the most recent is, “The liberal moment in Egypt: A behind the scenes look at the impact of Wilsonian doctrines”.

I have a diverse set of teaching interests, beginning my teaching career instructing African history, with a focus on the inclusion of North Africa in the African historical narrative. My main area is Middle Eastern history. In recent years I have taught courses on the Arab-Israeli Conflict, the Ancient and Islamic Middle East, and have explored issues of race in comparative perspective (including Canada) in Race and Class in Twentieth Century Africa. I seek to engage students in activities, particularly debates or panels on issues such as compensation for victims of the Atlantic slave trade, simulations of conflict resolution in Israel/Palestine, development strategies in Africa, revolution in the Middle East, and various group projects focusing on specific historical processes or events, like the medieval city in the Middle East or the Crusades.

Over the past fifteen years I have worked with hundreds of students seeking experience in learning and teaching through a program known as ASPECT, which, in conjunction with English & Theatre, places Acadia students in local schools as teaching assistants.

Here’s some of the students I have worked with on research projects:

Co-supervisor, Honours Thesis: Kate Schoenmakers, The Contradictions of Development: The Case of Egypt.

Supervisor, Honours Thesis: Nancy Reid, Amhoro Rwanda! The 1994 Genocide as a Lesson for the World in Conflict and Peace 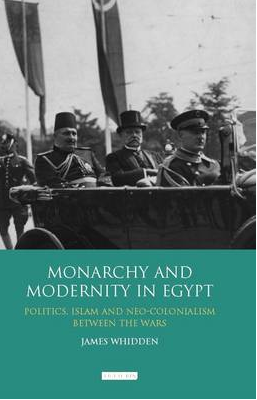 Monarchy and Modernity in Egypt: Politics, Islam and Neo-colonialism Between the Wars (2013)
Review by Matthew H. Ellis
Review by Hibba Abugideiri

“Neo-Liberal Government and the ‘Street’: Informal Modes of Activism in the ‘2011 Revolution’ and Beyond”, Global Social Justice Journal, 2/1 (2015).

“Zaki Fahmi’s Safwat al-‘Asr: A description of Egypt’s elite and an Islamic prescription for the political order”, The Journal of North African Studies, 2/2, 1997.