I grew up in the village of Brookfield, Nova Scotia, and moved back there in 2014. I attended Acadia University and received a BA in History (1989) and a BEd (1991). After teaching at North Colchester High School in Tatamagouche for three years, I pursued graduate studies, receiving my MA (1996) and PhD (2003) from York University in Toronto. I had year-long teaching contracts at Acadia and Dalhousie, followed by a post-doctoral fellowship at the University of New Brunswick (Fredericton) before landing my dream (tenure-track) job at Acadia in 2005. My spouse works in healthcare in Truro, and our two children attend Cobequid Educational Centre and Truro Middle School.

While my research focuses on Canadian political history since the mid-19th Century, my teaching allows me to explore many other areas of the globe and eras of human activity. I love teaching Global History before and after 1500, as it allows me to learn-as-I-teach – about things as diverse as slavery, gender, colonialism, and religion. Within Canadian history, I have brought my research into the classroom in many of my courses on political history, but I also teach regularly about labour and capital, war, law, youth culture, and Indigenous history.

In my courses at the 1000- and 2000-level, I emphasize skill development over content and employ several small assignments for evaluation rather than one cumulative one. My classes work with lots of primary sources – the evidence that historians must sift – and students submit several smaller written assignments so that we can work on improving sentences and paragraphs and gain comfort with footnotes. In my 3000- and 4000-level courses, students engage in the historical debates and are encouraged to bring their own reflections to the material.

I have supervised many honours students, including:

My research has focused on the connections between Canadians and their governments. My biography of Nova Scotia Premier Angus L. Macdonald (1933-40 and 1945-54) focuses on the often-fraught federal relationship – determining whether the federal or provincial governments ought to deliver a particular service (education, healthcare, infrastructure, social insurance) and what was the fairest way to collect revenue for these services. I am in the very early stages of a biography of another Nova Scotia Premier, Robert Stanfield (1956-1968), who had a more interventionist vision for the state. I am also editing the autobiography of Peter S. Hamilton (1825-1893) a journalist who promoted the idea of Confederation but failed in most of his endeavours – teacher, lawyer, gold-miner, civil servant, and politician.

I have done a good deal of editorial work, including editing the fifth volume in Acadia’s Planter Studies Series. I regularly review manuscripts for the University of Toronto Press, the University of British Columbia Press, McGill-Queen’s University Press, and the journal Acadiensis. I am on the editorial board of the Journal of the Royal Nova Scotia Historical Society. 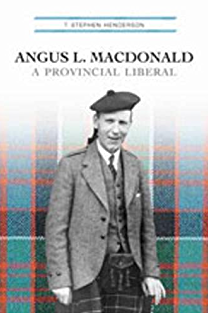 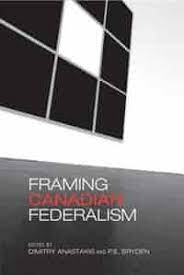